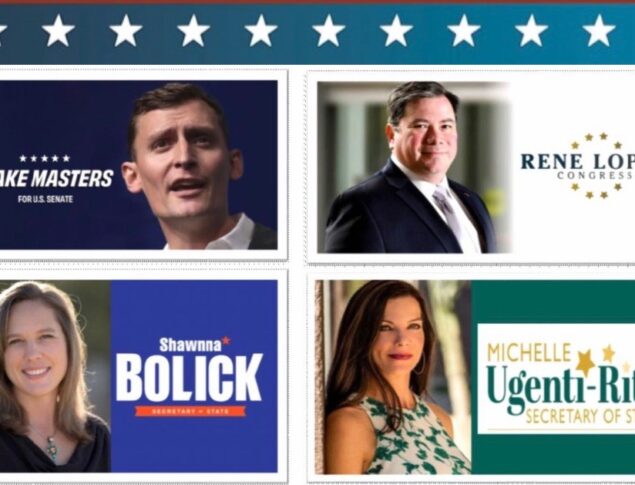 The Ahwatukee Republican Women’s group invites several candidates to each of their monthly meetings to speak about their views on various problems facing our state and country, and how they would resolve them.

Rene Lopez is a candidate for the United States Representative in Congressional District 4. He spoke about his background, which included being a Naval Officer, an Alter Boy, and he described himself as someone who always wanted to serve his community. Rene became a Precinct Committeeman 15 years ago, and worked his way up to Second Vice Chair of the Executive Guidance Committee for the Republican Party. Rene co-founded CeCe’s Hope Center, where he serves as Chairman. This non-profit organization helps rescue young women from human trafficking. Rene expressed the need for citizens to keep more money in our wallets, and he also pointed out the need to let parents raise their children, and not the schools.